Did you know that Feng Shui isn’t just for the home you have?  It can actually help you to find your ideal home too.

If you finding the art of manifesting vague and confusing and you aren’t getting the results you hoped: Feng Shui puts science and structure behind the art and provides clear guidelines to help you manifest more effectively.

Today I want to tell you the story of how we manifested our new home with the help of Feng Shui, which I am super excited to say we will be moving into over the coming weeks!

Back at the start of the summer hubbie and I started toying with the idea of saying so long to our beloved flat and to finding ourselves a new, bigger home.

It was a tough decision as we’ve spent so long and invested so much time, love and money in creating a home we adore –  but for various reasons (not least feeling the itch for a new project!) we both started to feel it was time.

But, we decided to at least look around the market before we committed ourselves one way or another.  Initially, we spoke with agents about selling our place, but we couldn’t bring ourselves to commit and hire one!

Meanwhile, we rather non-committedly started looking at places in a few different areas, but likewise we weren’t really sure what we wanted!

Did we want a more modern, less visually attractive, smaller home but staying closer to this area? …or did we want to move further out of the centre to a larger, period home?  If so, which area?  Did we want to leave London even?

We weren’t clear.  We went round and round in circles for weeks.

As a result (rather unsurprisingly) nothing we saw really excited us – one place had a garden that backed onto a park that  we liked, but the house was disappointing.  Another was a lovely house, but lacked a decent garden.  Another we liked but it was outside the catchment for any decent schools so that ruled that out.  Yada, yada, yada.

It was then that I also started analysing the prospective houses from a Feng Shui perspective.

Now it’s often said that Feng Shui master’s live in houses with the worst Feng Shui as nothing is ‘un-fixable’ and they know how best to correct the issues   – but, currently living in a home with a “wealth lock” (which for the current 20 year period that runs will 2024 makes it challenging for its occupants to make money), I must say the idea of living in a home with Feng Shui that would support us in achieving our goals was one of my definite must-haves!

So I started analysing the houses we were interested in even before we went to look at them – which saved us a lot of wasted journeys I can tell you!

There were some really challenging aspects of many of the homes –  particularly the Victorian ones, which are often very long and narrow L-shapes causing a whole wealth of issues with missing Ba Gua segments (which I’ll write more about how to tackle that another time).

It was around then that we also realised we needed to get clear with the universe if we wanted to move forward.  So we bit the bullet and hired an agent to sell our place.

Once the agent was hired I wrote the figure we wanted to sell for on the back of his business card and put it in our “helpful friends” sector (the North-West sector of your home).

Next we had to get clear on what it was were looking for too.

That was when hubbie and I had a conversation that went like this:

Me: what house, if it came on the market tomorrow, would you snap up on a heartbeat?

Me: well, personally, if a house with a lovely garden that backed onto a park like that one we saw on  “X” road, but that was slightly larger and more attractive like the one we saw on “Y” road and that was in the catchment of “Z” school came up I’d be all over it!

That was on a Sunday afternoon.

I kid you not – the EXACT house I described came on the market the very next day!

I could feel it was “the one” as soon as I saw it online.  It was exactly as I described.  I was shocked how quickly it had manifested.

And then I analysed  it’s Feng Shui –  and, although it will need some adjusting/cures,  it’s what is known as a “string of pearls” house – which means it is a particularly lucky house from a Feng Shui perspective –  woohoo!

I called the agent right away and we were the first ones to see it –  it was everything I had imagined.  Yes it needed some work (it was being sold by a lady in her mid-90’s) –  but it had SO much potential!

We even put an offer in the same day.

….Alas, it wasn’t going to be that easy!

A number of other viewings were booked in for that weekend and the seller wasn’t going to make a decision until those had happened.

Clearly we weren’t the only ones who saw the potential, come Monday lunchtime it had 9 other offers and we were told our best and final offer needed to be in by 6pm that same day.

Over that previous weekend we had also received an offer on our current place – but not enough to enable us raise our opening offer by much.

That’s when I put house brochure as well as the business card of the agent who’d showed it to us in our helpful friends sector too.  We put in our absolute best offer and wishfully instructed our selling agent what we needed them to negotiate our price up to in order to meet the offer we’d put in!

Thankfully another bidder on our place appeared on the scene, which enabled our agent to be able to do that – as otherwise it would have been rather embarrassing…phew!

Having been promised an answer to our bid within 48 hours, it took 10 whole, nail-biting days before we got a response.

Interestingly, hubbie and I both have two of the same animal signs in our Chinese 4 pillars charts which during the month of July gave us both what is known as a “clash” –  which is when things are unclear and it is difficult to move projects forward and get clear decisions…

Even though the highest bid was apparently £20K higher than ours, the sellers had chosen us!

Largely it seems because the estate agent (whose business card was in our helpful friends sector) said what a lovely family we seemed to be and, since the house had been in the same family since 1953, the sellers were certain that they wanted the house to go to a “nice family”!

Getting clear on what we wanted and using a little Feng Shui ‘magic’, in the space of just over 2 weeks we’d gone from complete analysis paralysis, ready to give up on the whole plan – to both finding a buyer for our own place AND finding our ideal home!

Tip:  If you’re looking to move and you want a little help from the universe, have a think about what you could put in your helpful friends corner to assist you… what happens next might well surprise you!

Also, if you think know if you may have found your perfect home, but you want to make sure its Feng Shui isn’t going to sabotage you –  I offer “Feng Shui for moving home” consultations from £150 per session (dependant on house size).  Email me at info@issyzinaburg.com to find out more.

Now comes the fun part – planning the interior of our new home, which I am going to be doing using Feng Shui principles.  I’ll be taking you through my process for doing that here on the blog so check back soon for more info on that!

In the meantime – I’d better get packing! 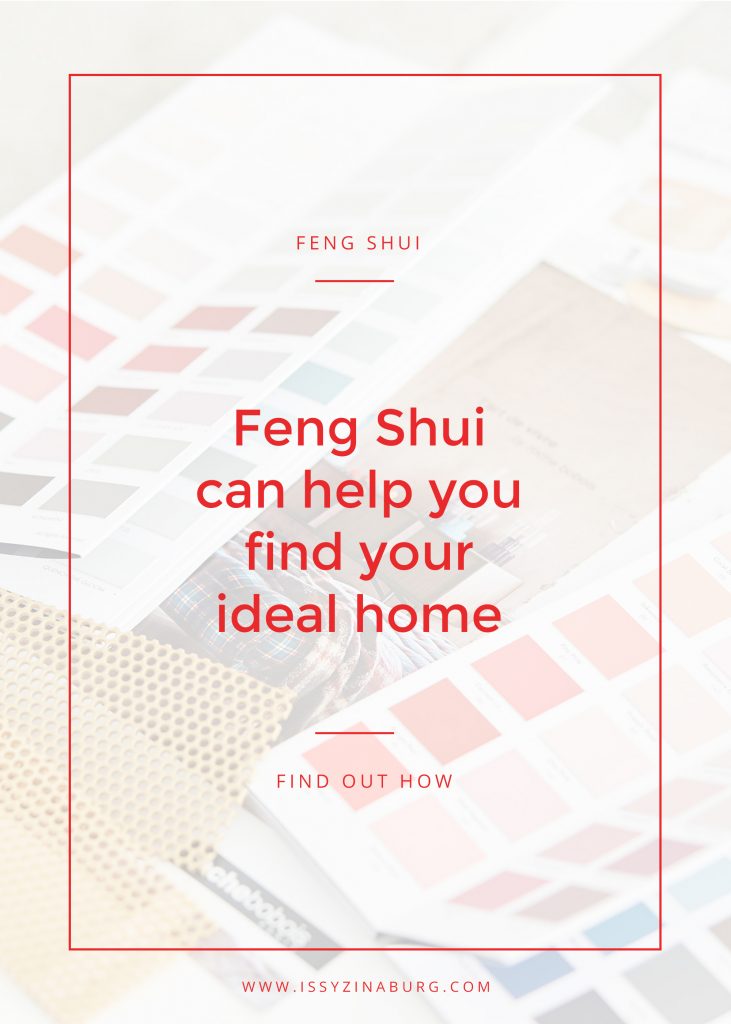 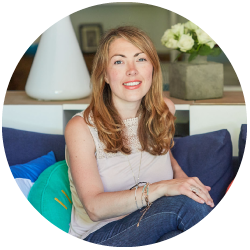 I'm an interior designer...with a passion for soulful, authentic homes.

I'm here to help you discover your own unique style, so that your surroundings leave you feeling joyful and abundant. I hope you leave here feeling inspired and uplifted!